skip to main | skip to sidebar

The piece is about being in the 2006 Sydney Hobart race. Here it is -


“Streuth, you know six people died in that race only the other year mate,” said Brian nearly dropping his ice cold stubby.

“Well I haven’t come half way round the world just to get a winter sun tan and a souvenir kangaroo testicle money bag,” I replied, slightly peeved at having the wind taken out of my ambitiously optimistic sails.

“Why can’t you just go for a ride on the Manley Ferry, like everyone else?” chipped in Janet.

I had expected a little more adventurism from my third generation Aussie cousins on breaking the news that I’d at last been able to fulfil a lifetime ambition, by sailing in the 2006 Rolex Sydney to Hobart Yacht Race. One of the top ocean racing events in the world; six hundred and thirty miles of sheer endurance; crossing the wild and tempestuous Bass Strait where the mighty Southern Ocean surges through the shallow gap between mainland Australia and Tasmania, thumping into the deep Pacific currents, churning up steep and violent seas. Their reaction wasn’t altogether unusual. A lot of people think that once on the downhill side of fifty, a weekend visit to the garden centre is a more appropriate challenge than selling your flat, travelling the world and taking on life-threatening adventures usually left to the young, the rich and the foolhardy.

“I’ll have two weeks training in Sydney Harbour, including a sea survival course and night sailing. On top of that, the skipper, navigator and owner have more than fifteen Hobart’s between them,” I explained enthusiastically.

Finding a berth had been difficult. The maxi yachts have professional crews and the local amateurs pick their teams well in advance. Searching the net only six weeks before the race, I found a British company who make ocean racing available to those who can pay their own way, irrespective of experience. They had one place left. Should I gamble the equivalent of a couple of months salary on a dangerous and potentially life changing challenge? I snapped it up!

Sailing boot camp presented a learning curve of Everest proportions, and plunged me headlong into the uncharted depths of my discomfort zone. Yachting seems romantically tranquil when viewed from a cliff top. But zoom into the deck and there is more activity than an ants nest kicked by a twelve year old. The skipper fires orders like a machine gun. Everyone has to know their job and do it safely; ropes and winches can bite off fingers in the blink of an eye. Its all a carefully choreographed marine ballet and I seemed to be playing Bambi on ice. But we worked as a team and learned our drills. After ten days I have forearms like Popeye and can haul down a spinnaker the size of a small cloud and stuff it in a duffel bag while riding a rodeo bull.

Boxing Day dawned in true Aussie fashion warm and sunny with a breeze to make the pennants flap and the halyards slap. The C.Y.C.A. was a hive of activity, buzzing with excited crews, family, friends and the ubiquitous media. In the marina, long ranks of shining masts gleamed like the spears of an army waiting for battle. My daughter was there to wave me off before boarding a friend’s yacht to watch the start. Every man and his dog in Sydney has a boat, from canoes to cruisers they packed each nautical square inch of the harbour. Landlubbers thronged the headlands and promontories which form a natural amphitheatre. Helicopters buzzed overhead supplying TV to the masses. We circled and tacked, jostling for position like pensioners at a jumble sale. With seconds to go all the yachts lined up like iron filings to a magnet. The starting gun fired and we were off. Seventy-two boats hammering towards the Heads and the open ocean. There can be no finer spectacle in sailing and I could feel my hair standing up with the thrill of it.


Once settled on course we started our watch routine; half the crew on deck and the rest below, for periods of four hours in the day and three hours at night. Being on-watch was physically and mentally gruelling. A 38 foot racing yacht in the open ocean, with a four metre swell, has all the stability of a tightrope walker on acid. You sit on the high side of the boat, exposed to wind that wants to tear your clothes off and waves determined to soak your thermals; your body jack knifed and wedged between the stainless steel wires of the safety rail; you hang on tight, burning energy like a lumberjack while the lightweight boat runs up and over truck sized waves with the alacrity of a teenage skateboarder. Your eyes wear the hands off your wrist watch checking for the moment of release to the cosy sanctuary of your bunk.

However, the start and finish of a watch brought another trauma – dressing and undressing. To keep the cabin as dry as possible, wet gear was hung up in the forward compartment. I would be the bean in this fibreglass maraca, staggering like a drunken toddler, peeling onion like layers of salt encrusted clothing. Nature somehow sensed when I had two hands on a recalcitrant sea boot and chose that moment to nudge my dripping cloakroom off the top of a watery double-decker bus; leaving me temporarily weightless, suspended in mid air until the solid concrete bottom of the trough brought the deck above me into intimate and painful contact with my already battered noggin.

Below deck, the smallest everyday thing became a mammoth chore. Dressing took ten minutes instead of two. Answering the call of nature was almost unthinkable on a loo with no hand rails that was perpetually coming up to meet you. Bets were taken on who could hold on to it all the way to Hobart: no corks allowed. The boys had the luxury of a communal bottle! You just had to remember which way the wind was blowing when tipping it over the side, or lose friends very quickly. Eventually you could slip into a cosy sleeping bag and be rocked to dreamland in the cradle of the waves. Until a cold, cruel, salty hand shook you from your reverie; “On watch in 15 minutes mate,” groan.

Our first night out was the worst. You can never relax on a small boat, and when the wind suddenly rose from a jaunty 15 knots to a 35 knot screaming gale, it maliciously ripped our biggest headsail as a rebuke for not paying attention. But others were much worse off. Maximus and ABN Amro, two of the favourites, were dismasted and had crew injured. Koomooloo fell off one too many big waves, split her hull and sank. Luckily the sturdy, steel hulled Adventurer, manned by the British Army, were close enough to pick up the crew safely. A vivid reminder of how, in naval dramas, unexpected danger is always lurking in the wings.

Next day the winds moderated; tedium replaced excitement: time to contemplate and reflect as the hypnotic inky depths swept inches beneath salt stained boots. As the hours ticked slowly by, nature would unexpectedly pop a champagne moment; a graceful solitary albatross skimming waves; shooting stars like tracer bullets and best of all the ghost dolphins - phosphorescent torpedos trailing sparkles through the moonlit sea.

On days three and four we tracked steadily along the rugged Tasmanian coast. Rounding the towering organ pipe cliffs of Tasman Island we powered into Storm Bay with the wind behind us, the spinnaker up and just 44 miles to Hobart, nestling in the distance. Enthusiastic crowds lined the wharfs of Hobart as the loud P.A. system announced our arrival to cheers and applause. A reception accorded all the competitors whatever time of day they finish. Tying up to Constitution Dock was a tearful moment. Everyone hugged and shook hands. Strong bonds are formed when you rely on one another. I’d never been in a situation before when my life and safety depended so much on other people for such a long time. This kind of sailing is a far cry from sipping G & T’s in the sunshine; more a cocktail of double hard graft with a small measure of sleep mixed with a slice of danger and a dash of excitement to leave you shaken but stirred.

A week later, in a snug suburban kitchen, cousin Brian handed me an arctic stubby. “Proud of yer mate. Always knew you could do it.”

The 2006 handicap winner was ‘Love and War’ with ‘Wild Oats X1’ first across the line in just under two and a half days. We came 45th out of 78 starters taking four days and fifteen minutes. 69 finished.

‘Ranii’ was the first winner in 1945 with only ten competitors. 62 years later, improvements in yacht design means that ‘Ranii’ would tie up in Hobart a full four days after today’s leaders.

1998 was the worst race, when a southerly cyclone in the Bass Strait produced 90 mph winds and 80 foot waves. Out of 115 starters only 44 finished, 55 people were winched to safety, 5 yachts sank and sadly 6 yachtsmen died.

Unless you are a local, companies such as Global Yacht Racing are the best way to find a crew place. See www.globalyachtracing.com for details. Includes training, sea survival qualification and major bragging rights in the bar.

The Cruising Yacht Club of Australia (C.Y.C.A) in Rushcutters Bay are the race organisers and their web site is www.cyca.com.au
The official race website is http://rolexsydneyhobart.com

Family and friends can track each boat on the race website and also on Google Earth. They will know where you are before you do!

John Parker lives in Birkenhead, Merseyside. Last year he gave up his job in IT and sold his flat to take a mid-life career break and travel to Asia, Australia, New Zealand and Canada. Along the way he started blogging and is currently writing a book about his experiences.

Being in the Hobart race not only provided enough memories to bore dozens of future grandchildren, but also helped to push himself beyond imagined mental and physical limits; learning that an ordinary person can be extraordinary and inspiring him to start afresh on the bottom rung of a new career in writing.
Posted by Phileas Blog at 6:21 AM 2 comments: 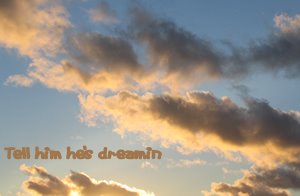